"Invisible Pain Field Generator" is a name stolen from a mail-order advertisement for phasors, lasers, pain generators, and surveillance equipment in a late-1970s electronics magazine. The Invisible PAIN Field Generator, inspired by the sheer malice of such devices, inflicted a performance-art project on the world; that is, the London, Ontario part of the world.

The project consisted of three performances.

Resuscitation failed
This compilation is formatted as a 60-minute, radiophonic show that combines and juxtaposes recordings of the performances as well as other similar material.

What happens when you plug everything together? In series or in parallel? Or use really cheap recording tape? Or play the fast-forward button while recording? Or break open the cartridge, spool the tape on a reel, then play the tape on an incompatible machine? These original experiments reflect a flush of untrained, naive, but energetic youth. But listening, editing, and processing took half a decade, and required the music of Edgard Varèse to survive years of long commutes to colorless suburbs during miserable weather.

Not all music has to be uplifting. But relax. The Invisible PAIN Field Generator is, after all, invisible. And it's really quite safe. Just don't point it at a dog.

This prelude of screams, echo, and feedback announces the arrival of the Invisible PAIN Field Generator. A boy laughs at a broken tape recorder. A friend tries to get a radio to work.

Escape is not even a possibility.

Heat. Stir. Eat. Your break is almost over.

PAIN Field Theme
1'54
The PAIN Field Theme is residue from a failed "Mail Tape" which attempted to revive the Invisible PAIN Field Generator. The idea was to mail partially finished tapes between the former members who by then lived in different cities. Layers of analog synthesizer spray sonic washes amongst reel-to-reel tape-recorder echoes.

The first guitarist tunes at will and plugs in a fuzz box.

The second guitarist puts down his instrument, fascinated by a 7-band, graphic equalizer. Ooh, pretty! He connects the two channels in series and plays the sliders for 24 decibels of gain and cut. Such power!

At the end of the radio broadcast, the Invisible PAIN Field Generator was tired, had run out of ideas, and slapped a Monkees record on the turntable.

It didn't get far; shot in the back as it tried to escape. A mellifluous voice tried to get an explanation.

This recording documents an acoustic exploration of a parking garage. This particular parking garage was in the basement of an uninhabited, high-rise, condo building that was under construction. The garage was empty of cars but offered debris and glorious reverberation.

Aside from the crime of trespassing, the exploration was innocent. However, the results sound far more sinister and evoke a summary execution in some concrete, wartime place. Dank with soggy pornographic magazines, it could be a place that reeks of gunpowder, rotted sperm, and murder.

You are listening to Radio P.A.I.N. The sound that frowned.

Two students were invited to be stand-in hosts of a show called "Turbulence" to cover the absence of the regular host. These students invited a third student. And thus, the Invisible PAIN Field Generator was born, took the title "Turbulence" absolutely literally, and strove to emulate the sound of a radio station being demolished. The only regret was that this wasn't a commercial radio station, one that really deserved such treatment.

The broadcast lasted 2 hours and the full recording of it is unlistenable; Radio Destructo is an extraction and collage of the most interesting bits.

Long gaps of silence — dead air — broke up the original broadcast. The intent was to break the primary rule of broadcasting — no-silences-allowed — and pay tribute to John Cage's, 3'47. However at the time, no one could remember the title, nor obviously the duration of Cage's composition, so the silences varied in length anywhere around 5 minutes, separated by 15- to 20- minute intervals of improvised noise. These gaps also gave time to think of what to do next because improvising for 2 hours is not easy. Only a single hint of these silences remains in Radio Destructo, at the end of the first percussive section.

Aside from the silences, the source materials included radios, room-resonance experiments, telephones, and percussion pounded on buckets of debris — metal found along railroad tracks, highways, and in garbage dumps — all run through effects pedals. A recurring theme, a strangely relaxing repose, is a recording of a steam shovel as it demolishes a gas station.

To improvise a long, over-the-air broadcast was surreal and detached. No one in the station could hear what was being broadcast. Some people phoned to ask what was wrong. An attempt to tune a radio to the broadcast did not help; the Invisible PAIN Field Generator still could not hear itself. Then somehow that radio ended up in front of a microphone. The output was re-broadcast, and the radio station started to feed back upon itself. The limiters preserved the station equipment from real damage, but radio ate its own tail that night.

The ending section resorts to a telephone as the main sound source. It represents a futile call for help.

Radio Destructo documents the abuse of this radio station. The Invisible PAIN Field Generator was never invited back to host "Turbulence".

Loop and Percussion is an exploration of found materials: a very old reel-to-reel tape recorder and a box of tapes from a garage sale.

The cantus firmus is a loop cut with scissors - spliced with cellophane tape - from a randomly selected reel. The source seems to be of a steam-powered train. Overlaid is percussion played on whatever material was at hand.

All of this was recorded with a variable-speed recorder onto probably the world's worst- quality cassette tape. The tape cost 99 cents for 3 cassettes, and came in a bag. The medium made the mess: an antique, degenerated soundscape.

The Hatred of the Party is a segment of dada readings from the radio broadcast. These readings come from randomly collected materials that include bank notices, debate rules for a student council election, instructions to radio announcers, and editorials from an American Communist Party newspaper. The title comes from a phrase in this newspaper: "The hatred of the party is directed at ..." This newspaper dates back to a walk along Woodward Avenue in Detroit during the spring of 1984. Somewhere near the boarded-up Hudson's department store, a comrade was handing out the newspaper. Someone else needed a dollar to buy cigarettes. Another fellow wanted to sell drugs. Accepted the paper, gave the dollar, didn't buy the drugs; Detroit was already strange enough.

Learning is a Lifelong Process
4'10

Two beats — 'Latin' on top, 'rock' as bass — make up the core of this composition. Relative to the style of most Invisible PAIN Field Generator material, Learning is a Lifelong Process has a sunny, cheerful mood, and was recorded during an early-morning session. Tape echo bounces the beats across the stereo field. Tape loops play readings of text from labels in the studio and a newspaper found in the garbage can. This newspaper promoted night school courses with the slogan, "Learning is a lifelong process", a slogan that did not promise early retirement.

Guitar with Buzz is a riff played with a glass slide on classical guitar. Layers of guitars, equalization, and a gritty loop add texture and distress.

How Do You Feel? is a mercifully short composition of tape loops that weren't quite running at the right tension. The repeated text was inspired by a late-night conversation with a friend about how nobody cares how you feel, no matter what words they say. Greetings like "how are you", have no sincere meaning, and you must never answer honestly.

Long Low Theme is a longer, slower rendition of material from the aborted "Mail Tape".

Monuments is in three parts of varying loudness and density, and is shaped based on a panoramic photograph of three of the central buttes in Monument Valley.

The overall mood is nostalgic and becomes slower, drier, and emptier as the composition progresses. Voices and ambient sounds emerge and pass by like memories. Sound recordings evoke lost spaces and captured time; these are voices from the dead.

Dirge contrasts percussive use of a variety of kitchen implements with quiet strumming on an acoustic guitar. The somberness is mostly the fault of the minor chords from the guitar. E-minor was a long-time favorite because it is gloomy and easy to play.

The sources were recorded onto 8-track cartridge because that was the only type of machine that was available, and the tape can be run backwards as follows:

This process takes time, is tricky, and is in no way precise. You cannot hear the results until you complete all of this labor. But the process suffices when you have no budget.

By the way, on the cheaper 8-track recorders, you could also record while changing between fast-forward and normal speed, or while playing the pause button.

Despite being a mostly horrible medium to listen to, 8 track offered interesting options for sound corruption.

Dead Man Theme is a semi-random assemblage of percussion, feedback, a budgie, distant thunder, a pitch pipe, and spoken words.

The spoken words were an experiment to decipher the "Number Nine” to “Turn Me On, Dead Man" secret message in the Beatles' Revolution 9, and to find out how other spoken numbers sounded backwards. Only "Number Nine" was really interesting and only if spoken with the same accent and inflection as on Revolution 9. “Number Four” turned out kind of cool too.

Dead Man Theme ends with a monophonic extract from the "Mail Tape". How it got on the source tape is a mystery. But interesting combinations and overlaps arise when you play tapes recorded in 8-track cartridges on reel-to-reel tape players. Otherwise unrelated tracks play at once, sometimes in opposite directions, often at different speeds.

Dancing on Hot Coals is a companion to Buzz Saw for when the night becomes too late, too wild, and one does unwise things. The main body features a 'Latin' rhythm, and an analog synthesizer played through a mess of effects and distortions. The composition ends with the feedback of a flanger pedal. It was trying to imitate a Theremin, but no one was fooled.

Night Shift evokes a slice-of-life story of transport, entertainment, food, and industrial work. Trains start to move, fans at a hockey game are loud, someone orders fast-food and then litters, another screams, a dog barks, radios whistle, industrial soundscapes rumble. There is percussion, percussion inside a piano, and a truck charges through a tunnel. The composition was assembled during an overnight session, hence the title, Night Shift. As well, most of the soundscapes were recorded in the evening or at night. 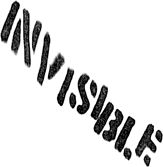 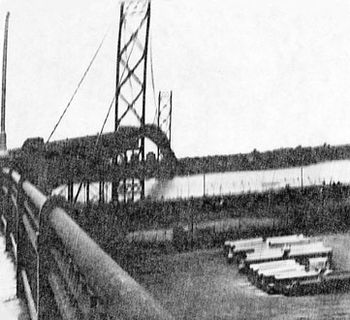 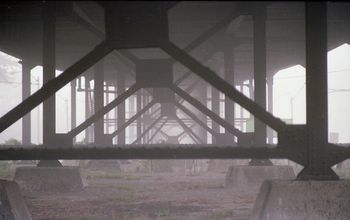 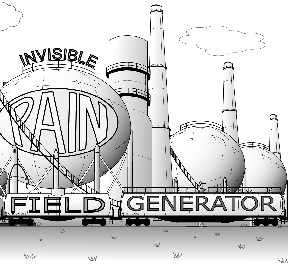 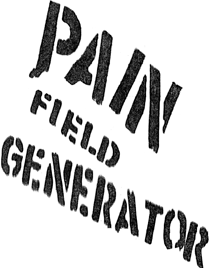 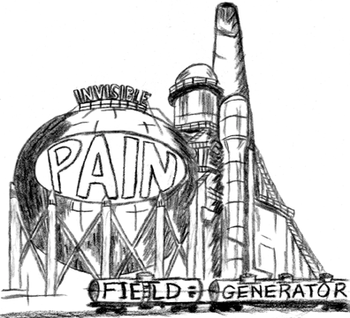 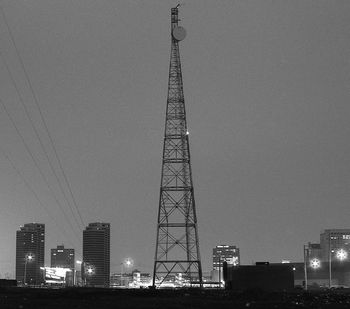 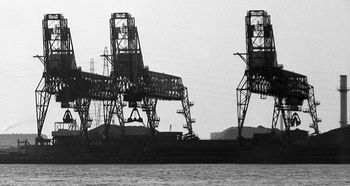