This collection of electroacoustic music, soundscapes, and beats was composed or recorded from 1985 to 2016.

What's up with all of the train recordings? Well, there is a lot of other stuff in this music – cars, boats, voices, guitars, beats, feedback, insects, and water – but trains feature highly because they offer rich timbres and interesting rhythms. Train recordings have a long history in the world of electroacoustic music. But basically, the composer just likes trains. Large objects that move and make deep sounds always impress. 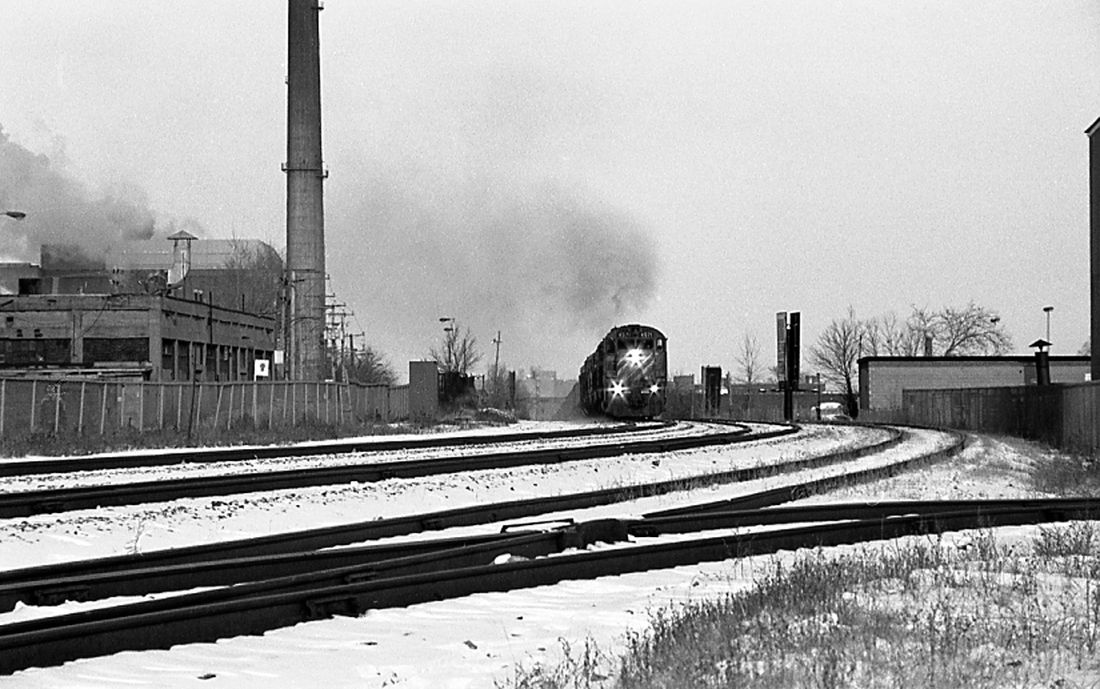 Terror Alert Orange is a soundscape recording of the Aquatic Park shoreline in San Francisco.

This was a test to compare microphones. The shoreline ambience has a wide frequency range, is spatially diverse, and provides challenges caused by wind. During the recordings, a military plane accompanied by two helicopter gunships, slowly circled San Francisco Bay.

It was a cool, gray November eleventh, two months and three time zones from that warm, clear September eleventh. The federal government had declared a Terror Alert at the Orange level. Like most such alerts, it provided no concrete recommendations for civilians; just watch out for something "suspicious" and, most importantly, keep shopping.

The mood was darkly absurd and felt very much the Cold War. Uncontrollable doom was possible at any moment in any place for any reason: a computer glitch, a chain-of-command mistake, or a neural firing from a religious maniac. There was absolutely nothing one could do. Just turn to face the blast - if you have time - and enjoy the view. Go early and quickly. Be passive. That was the message.

The peace dividend was spent.

This instrumental of dissonant intervals was performed live on an electronic organ (the Cheesebox) into the filters of a synthesizer. A graphic equalizer also participated. The music makes a nice introductory theme, perhaps to a distopic news special.

One fine spring evening in London, Ontario, a dork ordered a sugary drink from a drive-thru window at a fast-food restaurant. The dork then tossed the empty can of his previously consumed sugary drink into the parking lot. The composer was there with a microphone. Frostie is composed entirely from the dork's request.

The Wawona Tunnel is a long two-lane tunnel at the entrance to the main valley of Yosemite National Park. At the point of exit is a panoramic view up the valley. This is a very nice place. Behind the view is a rocky cliff. Cars exit from the portal, and water drips down the stone face of the cliff.

Nasal Beat started as the rhythm track for an unfinished composition. It mixes a relentless, industrial beat with gritty modulations, echoes, fades, and filtering. The beat is inspired by Detroit techno music and a variety of industrial work from the composer’s youth. Layers of grit evoke poor reception of a distant radio broadcast, and remind of frustrated, pre-Internet attempts to hear and learn about new music while living in a small city that was just isolated enough to permit only monophonic, static-distorted hints of a larger world. This is music that struggles violently to come out from your nose, but the congestion is too great.

Süleymaniye is a recording of calls to prayer from the cemetery of the Süleymaniye mosque in Istanbul.

Designed by Mimar Sinan, this complex of mosque, cemetery, and outbuildings dominates one of the hills of the city, and houses the tombs of Süleyman I (the Magnificent), Roxelana, and Sinan himself.

The afternoon call-to-prayer from this mosque overlaid the calls from other mosques in nearby and distant neighborhoods. The mix of quarter-tone tone clusters felt mysterious and, yes, sacred.

This soundscape presents the arrival and departure of an inbound train at the Portal Heights station at the northern outlet from the Mont-Royal tunnel in Montréal.

The week of this recording was the last week of operation of vintage electric locomotives on the Canadian National - originally Canadian Northern - commuter line between Central Station and Deux-Montagnes. The old locomotives and wagons operated from 1918 to 1994, and a ride on this equipment was a fascinating time trip. You could imagine decades of commuters making this same, stuffy trip with ventilation only from open windows and small fans. During the immediately following summer, this railway was closed, rebuilt, and equipped with new electric locomotives and wagons.

Because of the historical significance of this change, in addition to the composer, photographers were also present on or near the platform. The conductor - sounding fed-up with this attention - shouts to the engineer to proceed because the people milling about are not riders but are "photographes et autres choses". The "aut' choses" was the guy holding a microphone.

Hello is a reaction to a really stupid and annoying telemarketing campaign where callers repeated "Hello" several times when a message machine answered the calls. Maybe the campaign wasn't so stupid after all because it did get a reaction. However, it didn't get a sale.

A series of these messages repeats 3 times. Each repetition reduces then removes the sales pitch in order to isolate and listen more closely to the background sounds between the pitches. Two interludes separate the repetitions with variations on the sound materials.

Feedback Study is an étude without musical instruments or acoustic sound sources. Sources are a grounded cable connected to the feedback loop of a digital delay, and a flanger feeding back on itself.

Pont Victoria was to be the prelude to a composition about the Victoria Bridge in Montreal.

This bridge was the first to cross the Saint Lawrence River and was once the longest bridge in the world. It is a railroad bridge that has automobile lanes appended to the sides. The lanes are metal grates that make a buzz sound as cars cross, a sound that resembles that of angry bees. Cars buzz overhead. A freight train slowly creeps along. Dark and somber, this is a composition that, rather than opening a longer composition, became a prelude to a prolonged silence as the composer stepped back from music to concentrate on making a living.

These Guitar Studies are études for prepared classical guitar and electroacoustic manipulations. The preparations of the guitar included flat objects inserted between the strings in the style of John Cage's prepared pianos. The guitar was struck, plucked, and rubbed. The electroacoustic treatments included layering, looping, reverberation, echo, time expansion, equalization, and editing.

Night Bugs is a drastically slowed and filtered recording of late summer insects in a field in southwestern Ontario.

Two Subway Studies is a two-movement, musique-concrète composition; an exercise in dramatic brevity, inspired by the compactness of Anton Webern’s Pieces for Orchestra.

The sounds originate from the Vancouver SkyTrain, the Montréal Métro, and a spring reverb unit being shaken. A wide dynamic range and sounds that fade in and fade out create a sense of space that is alive with chimes, scrapes, and rumbles from long, deep tunnels.

Hey, was that a rat? Oh, your mind wandered and you missed it. Here comes the train. Don't be late.

A mono introduction of a raw beat starts the music, followed by the same beat but in stereo. A synthesizer section tries to be nasty and leads to a thin and filtered bridge. The end is a bassy finale.

The core rhythm comes from a tape loop made for a commercial video project. The loop wanted to grow into a dance. Processes include filters, delays, and distortions; messing with the control voltage and trigger inputs of a synthesizer; and added short samples, tones, and bass from a homemade instrument.

Can you dance to this? Is it lounge? Or just annoying? None of this has been tested.

Industrial Prelude is a variation on the soundtrack of Wetland, a video installation. The installation was an ecological requiem for a destroyed marsh. Source sounds include frogs, trucks, and factories.

Machines Submix is an extraction from the Wetland soundtrack that stands alone as an atmospheric composition. Amid an industrial roar and echoed signals, an unhappy puppy's barks shatter into glassy shards of reverberation. The machinery continues to rumble regardless and with absolute indifference.

Steveston Fish Market is a sound walk through the outdoor fish market on the pier at Steveston, British Columbia.

Steveston had once been the core community of Japanese-immigrant fishermen on the west coast of Canada. The internment of these people and the theft of their businesses and homes during World War Two destroyed this community.

Wherever you are on this planet, someone has been before.

The Fraser River Bridge, also called the New Westminster Bridge, is a railroad bridge between New Westminster and Surrey, British Columbia. The railroad line connects Vancouver to the United States. On one end of the bridge, the track divides while still suspended over the river, and both branches turn sharply in order to follow an escarpment along the north shore.

Fraser River Bridge presents an entire freight train as it slowly crosses the bridge and makes the sharp turn at the shore. After a short struggle to figure out how to compose something from this binaural recording, it became clear that the recording already was a composition. Even though the soundscape is presented verbatim, the event has a beginning, middle, and end. The complexity and layering of motifs sounds composed.

Toys is a tape-editing project with lots and lots of reverb. The source materials are cheapo, noise-making toys gathered over the years: plastic harmonicas shaped like bananas or corn cobs, 25-cent whistles, cow moo-ers, that kind of thing.

The inspiration was based on a visit to a musical instrument store. The composer was weighing whether he could afford to buy a music computer, an Atari ST. It would have cost absolutely every penny that he had. On the way home and feeling down from this financial blockage, he stopped at a toy store where he saw and bought the banana-shaped harmonica; it cost less than a dollar. Weeks later during a conversation at a party, the composer decided to spend his money on travel instead.

Descente evokes above-surface and below-surface environments. The two parts are like deep breaths taken during a slow descent into water. Telephones ring, voices are heard, fireworks crackle before the descent into watery, delicately explosive, submarine textures.